We are a family focused martial arts school located in Marrickville, in Sydney, Australia. We specialise in Brazilian Jiu-Jitsu and self defence classes for children and adults of all ages. We cater to beginners so there are no previous experience or fitness requirements. Jiu-Jitsu really is for everybody!

WHAT IS BRAZILIAN JIU-JITSU?

Brazilian Jiu-Jitsu (BJJ), also known as Gracie Jiu-Jitsu, (we practitioners just call it Jiu-Jitsu) is a grappling based martial art and self defence system that is highly renowned for it’s real world effectiveness. BJJ is fun to train and practice, extremely gratifying and provides an excellent full body workout. Anybody can learn BJJ, male or female, no matter what age or fitness level.

A derivative of the original Japanese Jujutsu (used in combat by ancient Samurai on the battlefield) and the Olympic sport of Judo, BJJ’s origins can be traced back to the early 1900’s in Brazil. The Gracie family, who played a large part in it’s development and rise to prominence first in Brazil and then the rest of the world, claimed to be first taught the art by Japanese champion Mitsuyo Maeda, an expatriate who was a student of the creator/founder of modern Judo, Jigoro Kano. The techniques were passed down, refined, battle-tested and evolved through the Gracie family’s generations as well as other schools and lineages in Brazil. This innovative new style of Jiu-Jitsu (Brazilian spelling vs traditional “Jujutsu”) came to ultimately emphasise highly effective grappling techniques which focused on control of your opponent and submission holds performed through the use of efficient movement, bio-mechanics and superior leverage.

BJJ classes focus mostly on grappling techniques, as opposed to striking (punching or kicking), this greatly reduces the risk of serious injury. The self defence aspect of the art focuses on the avoidance of strikes (how to avoid/evade being punched/kicked etc) and how to stay safe and not be injured in a physical confrontation, while advancing logically to and maintaining dominant control of your opponent. Through the use of correct and efficient technique, Jiu-Jitsu allows a person to realistically defend themselves against a larger, physically stronger attacker. In addition to the obvious benefits of self defence, regular practice of the art very quickly helps to foster, amongst many other positive personality traits, a strong sense of self confidence, awareness, resilience, fortitude, humility and self-discipline. Many people also find that doing BJJ helps them to relieve and better deal with the stresses and pressures of day-to-day life. Of course, the physical benefits are substantial and go without saying: fitness, well-being, weight loss, better body composition, strength and coordination etc.

BJJ systems are used by law enforcement, security and military forces worldwide. It is also one of the core styles/foundational systems used in MMA (mixed martial arts), currently one of the world’s fastest growing sports. This dramatic rise is largely attributed to the ever-growing popularity of the UFC (Ultimate Fighting Championship), the largest professional MMA event / show / organisation in the world. This has had a direct trickle-down effect on the rise in popularity of BJJ over the last decade or so, making it a huge international phenomenon in itself.

Liban Akil is a Black Belt in Brazilian Jiu-Jitsu and is the Head Coach and founder of LEVELS JIUJITSU CLUB. Liban was first introduced to the art in 2003 by his long time coach Felipe Grez – who is one of Australia’s premier martial arts and combatives systems instructors. Having received his black belt from Michelle Nicolini (one of the most decorated and outstanding BJJ competitors in history), Felipe is also the founder and creator of The BJJ Coach online educational resource as well as the JiuJitsu Kingdom academy and it’s association of affiliated academies. In 2011, at Felipe’s recommendation, Liban traveled to New York City to train under the legendary Marcelo Garcia, widely regarded to be the greatest grappler of all time. Liban spent several years training at Marcelo Garcia’s academy, and whilst living in NYC was head instructor at the Brooklyn Heights BJJ academy, teaching regular classes in Brooklyn and around Manhattan. Liban’s teaching style is fun, engaging and upbeat but also structured, methodical and detail-oriented. Most importantly he is hugely supportive and attentive of all students, regardless of their level of experience.

“It’s natural to want to get good at something, to strive for competency and mastery in your chosen field or artform, so teaching efficiency and effectiveness in the techniques is of course very important, but it’s also extremely important that people have fun while they learn! It’s been said that if you enjoy something you can really excel at it, I truly believe that. The most rewarding thing to me is to hear from people how Jiu-Jitsu has changed their life for the better. Seeing children and adults of all ages, from all walks of life become happier in general, less stressed, more confident in themselves and fairer, kinder and more balanced and thoughtful individuals is the most gratifying thing ever.”

Liban also has 20+ years experience in training & education roles in other industries and also holds the following qualifications: 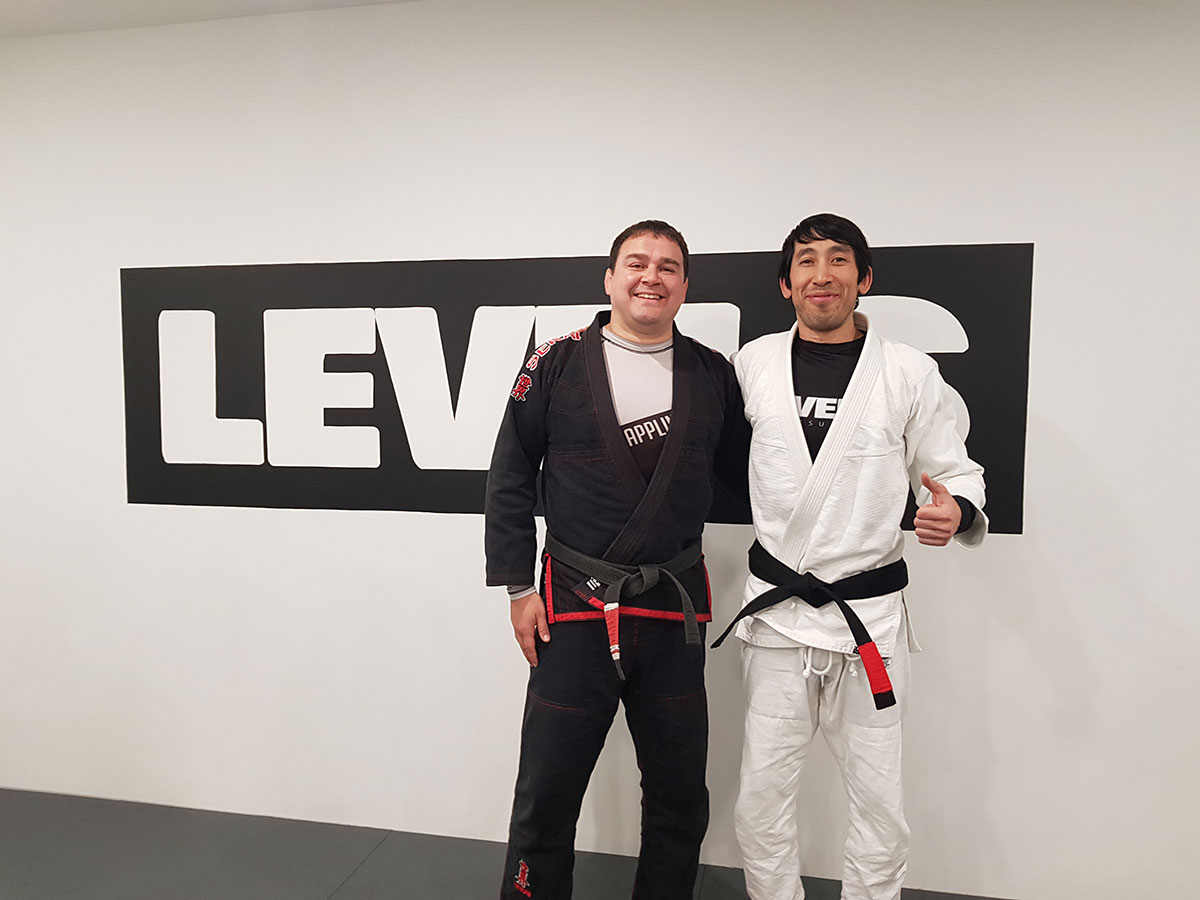 book your free INTRO class with us now 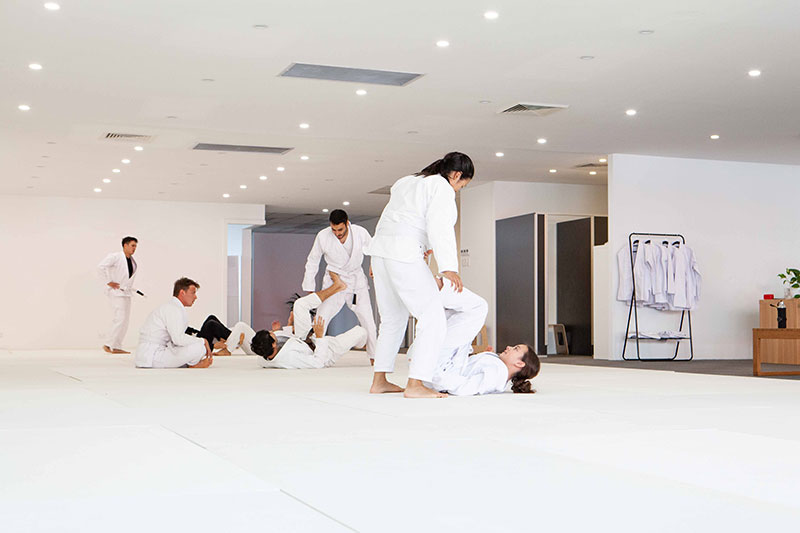 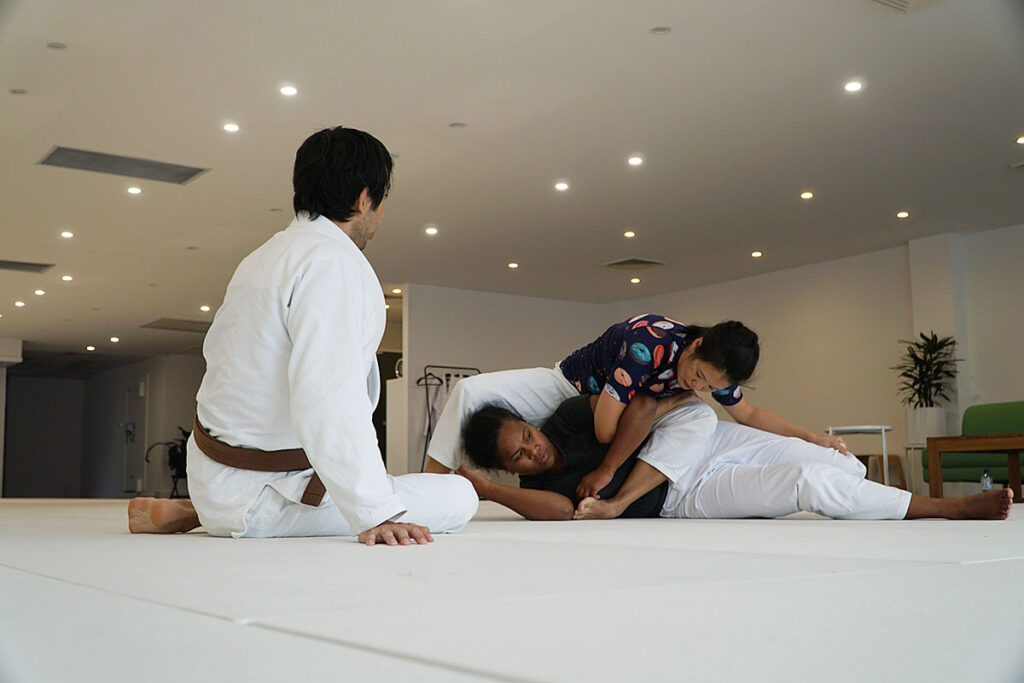